Sending this to the other side of the veil... 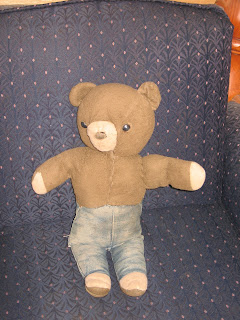 The divine plan of happiness enables family relationships to be perpetuated beyond the grave.

When I was 13, my paternal grandparents were in an automobile accident on Father's Day.  My great-grandfather and my grandfather were killed instantly.  My grandmother was in a coma for a month before they decided to terminate life support.  It was a difficult day, week, month, year...to say the least.

I adored my grandparents.  They could do no wrong in my world....though my grandfather was a relentless tease and he chewed tobacco.  He used to pretend he was going to light my backside on fire whenever I wasn't doing exactly what I should be doing, although he never did.

My grandmother was a saint.  She was the only member of my father's family, besides my father, who joined the church.  I can remember sitting around the table with her and my mother going over the genealogy.  She had this Smoky the bear teddy bear at her house that I absolutely loved.  One year, for Christmas, she made me a teddy bear that looked like that...with little Levi jeans and all.  I was five.  I slept with him every night until I got married.  He still lives here at my house and I have the sewing machine that she used to make him.  When I hold him, feelings of safety and security wash over me----a gift of her love, I am sure.

My relationship with my father is completely different.  I do not feel safe with him.  I am constantly on egg shells.  Our relationship is strained at best and ugly at worst.  This isn't a post about that, but you need to understand a little of where I am coming from so the post makes more sense.  I have struggled with my relationship with my dad since before his parents passed away.  But it was definitely more difficult after his parents died.  Probably because of the deep heartache and sadness he felt.  He became angry at God, and in effect, angry at all of the rest of us.  He became inactive and was not interested in religion.  For a long time, as a child, I thought if I just would do the right thing, the thing my dad wanted, he would learn to love me.  I made most of my decisions with the ultimate goal of pleasing my father.  I could not have known then that in order to truly love others, there has to be some love of self and recognition of self-worth.  (Not to be confused with selfishness or only self-love, but an understanding of the worth of all souls, including self.)  Finally I learned that it didn't matter what I did, my father was not going to be happy so I may as well do the things that made me happy and I quit trying to please my father.  That strained our relationship even more.  I just washed my hands of the whole affair and quit worrying about what my father thought or how my decisions affected him.

Occasionally, I feel my grandmother near me and I remember her.  At those times I can often sense there is something she needs or wants me to pay attention to.  Often I think it is the genealogy, family history work, and temple ordinances she was working on.  Then I do a little research or ordinance preparations and take names to the temple.

About a month ago, I was really pondering about her and our relationship.  I had the stark realization and understanding that the love I felt for my boys, was the same mother-love she felt for her boys, which included my father.  She had the same hopes and dreams that I did.  She wanted them to find peace, to have happiness.  She now knew with certainty that the Gospel of Jesus Christ was their only hope to bring that to them.  And she knew that I was his only child active in the Gospel.  If any one would be able to help him....she was hoping it would be me.  I grew in love for my grandmother that day.  Our mother to mother hearts were knit in one and I understood how desperately she loved my father and still prayed that he would change and soften his heart.  My heart was softened toward my father.  And though I do not have to place myself in the line of his abuse, I need to do whatever I can to keep reaching after him, to keep offering him a chance for change.  I don't need to do it for him.  I need to do it for her.  I need to be able to face her one day and say, "Grandma, I tried and I tried.  I did not give up, even when he was unkind.  I kept trying--for you."

My father may never change.  Whether he does or not is not my responsibility.  My grandmother is hoping he will.  She is counting on me to continue trying, as long as it takes--because that's what mothers do.  And since I am a mother, it is what I need to do to.  Thanks Grandma....I will, for you.

Thanks for your comments!! I read them all and I know how to use the delete button. Please keep it kind.

Carin
Mother of nine. Busy as a bee. Loving life, living, learning, enjoying the process. Each day is a new adventure which provides growth and development for all (our family motto)! So my time is spent helping my family accept and adjust to the new things they get to experience in mortality. Never a dull moment! 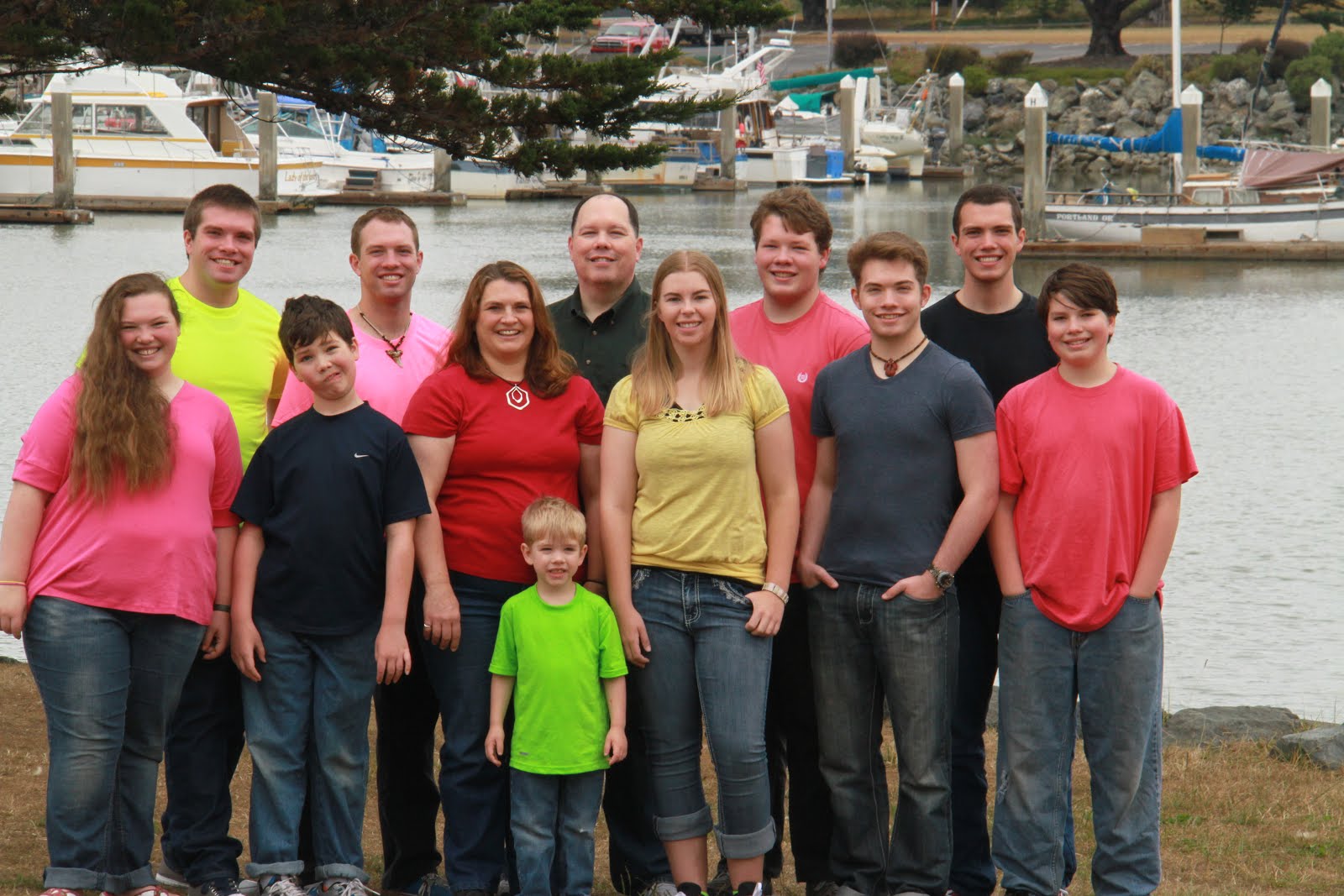 Can't find what you are looking for? Check here 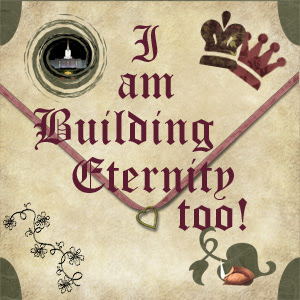 Quotes for my life:

"To do well does not mean everything will always turn out well. The key is to remember that faith and obedience are still the answers, even when things go wrong, perhaps especially when things go wrong."
--David E. Sorensen, "Faith Is the Answer," Ensign, May 2005, 72

“The cultivation of Christlike qualities is a demanding and relentless task—it is not for the seasonal worker or for those who will not stretch themselves, again and again.” President Spencer Kimball, “Privileges and Responsibilities of Sisters,” Ensign, November 1978, 105

Life's journey is not traveled on a freeway devoid of obstacles, pitfalls, and snares. Rather, it is a pathway marked by forks and turnings. Decisions are constantly before us. To make them wisely, courage is needed: the courage to say, 'No,' the courage to say, 'Yes.' Decisions do determine destiny. The call for courage comes constantly to each of us. It has ever been so, and so shall it ever be.
--Thomas S. Monson, "The Call for Courage," Ensign, May 2004, 54

“When[ever] I am tempted to feel that I have finished some hard task in the [Lord’s service] and deserve a rest, the Savior’s example gives me courage to press on. … When[ever] [I] remember Him, it becomes easier to resist the temptation to want a rest from [our] priesthood labors. We must have remembered Him today, and so we are here to [remember to] learn our duties, determined to do what we are covenanted to do, in all diligence. And because of His example we will endure to the end of the tasks He gives us in this life and be committed to do the will of His Father forever, as He was and is. This is the Lord’s Church. He called us and trusted us even in the weaknesses He knew we had. He knew the trials we would face. … We can become ever more like Him.” Henry B. Eyring, “Act in All Diligence,” Ensign, May 2010, 60-63.

I have the feeling I will need this later

"The refiner's fire is real, and qualities of character and righteousness that are forged in the furnace of affliction perfect and purify us and prepare us to meet God."
Elder Quentin L. Cook